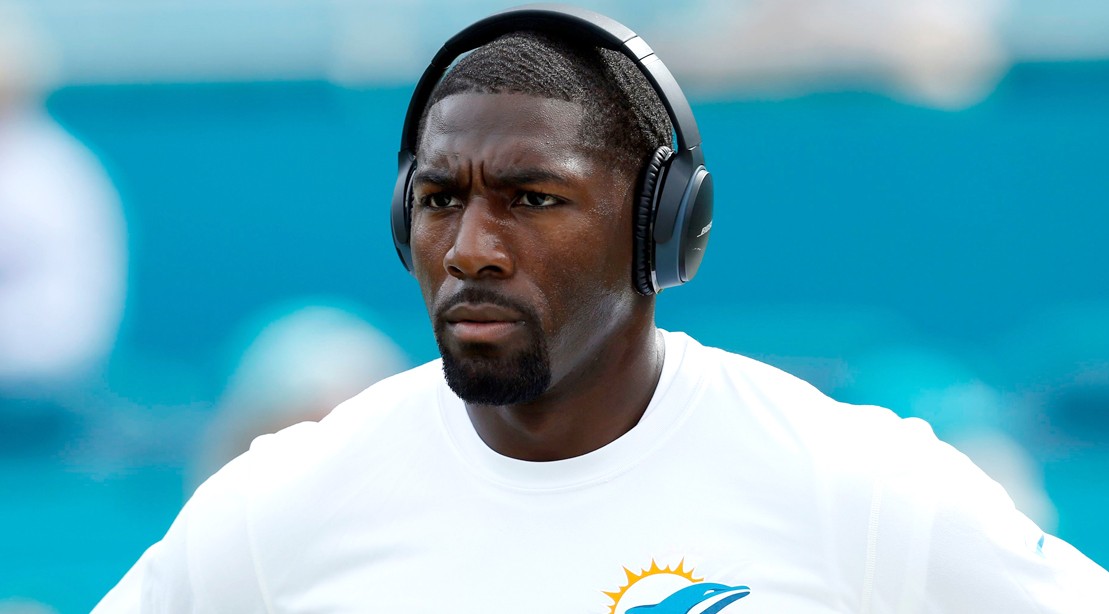 An NFL wide receiver’s career is predicated on speed, timing, precision, and communication. For most of Greg Jennings’ 10-year career, those attributes helped him to 571 catches, 8,291 yards, 64 TDs, two Pro Bowl appearances, and one Super Bowl ring.

In 2007, Jennings was on the receiving end of Hall of Fame QB Brett Favre’s record-tying and -breaking 420th and 421st career touchdown passes.

Then there was his signature performance at Super Bowl XLV. Jennings and quarterback Aaron Rodgers hooked up for four receptions, 64 yards, and two touchdowns in the Green Bay Packers 31–25 win over the Pittsburgh Steelers.

“That may be the only game in which I can recite my entire stat line off the top of my head,” Jennings says.

But everyone has one moment when the timing isn’t quite on target—in Jennings’ case, his first Lambeau Leap in 2006, in which the touchdown-celebrating choreography fell, well, a bit awkwardly.

“When they showed it in the film room, my head was in someone’s lap,” Jennings admits. “The person’s holding a beer while their hand is on my head. It just didn’t look good.”

Jennings no longer leaps or runs. “Once football was over, it’s like, ‘OK, no, I’m not running anymore,’ ” he says. Now, the Fox Sports analyst is attacking the weight room like he did cornerbacks in an attempt to break into the sport of bodybuilding with the goal of taking the stage at a 2020 amateur physique contest.

“I’m going to take bodybuilding as far as it can take me,” Jennings, 35, says. “Or how far my wife will allow me to take my physique.”

You ever train to the point where you forego whatever you had scheduled afterwards to go take a nap🛌 ? That was me 🙋🏾‍♂️today. It’s been a long time since I felt like I was going to vomit 🤢🤮 after my training. Despite having experienced this It’ll never stop me getting after it again the next time. /a>

Jennings’ determination to become a bodybuilder isn’t the only thing keeping his physique ripped after football—he also had to keep up with his distance-running wife. “Out of the blue she ran a marathon,” he says. “That was another reason I was prompted to try something else.”

Since he left the NFL in 2015, Jennings’ training style has undergone changes. Seeking aesthetics—wider shoulders, larger biceps, tighter abs—over performance, he quickly ditched the CrossFit-type workouts he did as a pro and switched over to celebrity trainer Jeff Cavaliere’s popular Athlean-X program.

“Jeff made it look so simplistic,” Jennings says. “I was skeptical at first. But going through the programs, I was like, ‘This stuff works—it’s legit.’”

He’s now moved on to a bodybuilding-focused workout. And he’s seen extreme changes.

“I think the first noticeable difference was my back,” Jennings says. “It was like, ‘Man, I’m finally getting some definition the way that I want in my back.’ And then when I looked at my front, I was noticing I was becoming fuller—my pecs were raising, my abs were starting to pop, and my arms were becoming fuller.”

FROM GAME READY TO STAGE READY

When at home in Minnesota, Jennings works out with his trainer, Chris Kaeding, a former bodybuilder. He spends no more than an hour during each of his four weekly workouts, broken down to a pair of lower-body workouts and a push-and-pull workout each week.

Although he doesn’t have a specific bodybuilding show in mind, he’s noticing his workouts don’t have to be long and intense to be effective. “I’m just starting to learn,” he says. “I’m trying to stay consistent to see what works.”

At 200 pounds, Jennings keeps his diet at around 3,400 calories a day (40% protein, 35% carbs, 25% fats). With the physical changes come the obsessive measures he now takes to maintain those gains. He travels with his portable rice cooker at all times, steaming his chicken and vegetables and cooking a plate of rice each night in his hotel room.

“I always have to ask the hotels to bring me an extra refrigerator and a microwave so I can just heat up my meals,” he says. “The lifting is the fun part—it’s what everybody is drawn to, but your body starts to make those changes because of your diet, nutrition, and what your intake is. So those are the priorities I’ve made important.”

He’s moved past football, but as he shoots for the bodybuilding stage, bread has now become Jennings’ culinary casualty.

“I ordered a salmon from room service,” he says. “They came and brought it with a plate of bread. I had to hand the bread and butter back. It was like the bread would be just looking at me. I couldn’t have it in there.

For each move, Jennings will incorporate as many warmup sets as he feels necessary, gradually increasing the weight each set for about three reps until he gets to his working sets.